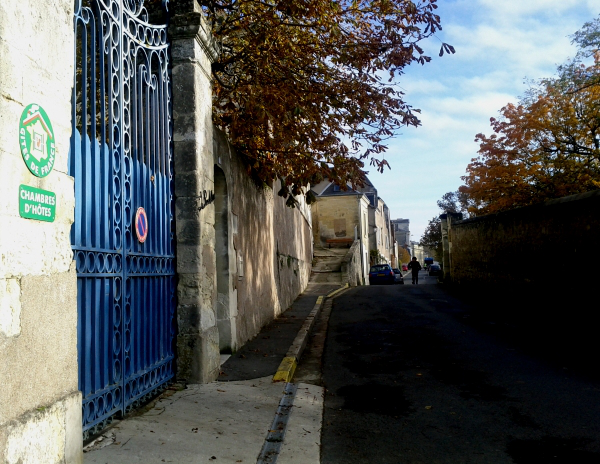 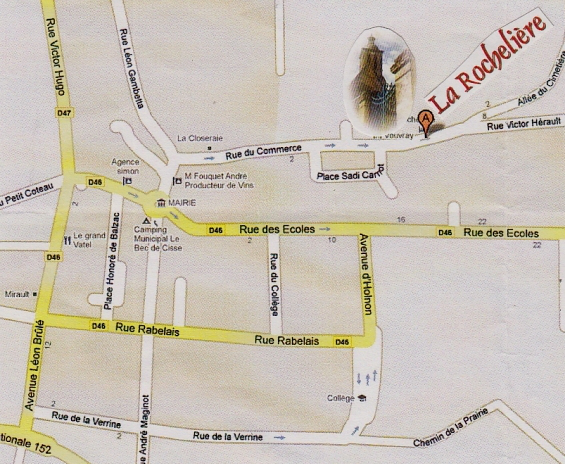 Vouvray is located at 9km from Tours and 230km from Paris.

From Paris, take the highway A10 in direction of Bordeaux. Just before Tours, take the exit number 20 (Saumur, Blois, Vouvray). Continue on the N52 in direction of Vouvray. Change for the N152, direction Rochecorbon-Vouvray. In Vouvray, go to the church, La Rochelière’s gate is the blue one just at the right side.

If you are using a GPS, please note that there is two Vouvray villages in France. Take cart to select the good one in Indre et Loire (ZIP code 37210).

From Paris Montparnasse and the international airport of Charles de Gaulle, as well as from Lille Europe (Eurostar connexion to London Waterloo) you can join the station of Saint-Pierre des Corps by the TGV fast train (55 minutes from Paris, 1h25 from the airport, 3h from Lille). Saint-Pierre des Corps is located at 8km of La Rochelière and you will find there taxis and a car rental office.

You can land directly to Tours airport from London (Ryanair) or Lyon. For more air connexions, you can use the Charles de Gaulle airport in Paris and the TGV (see the railway section).